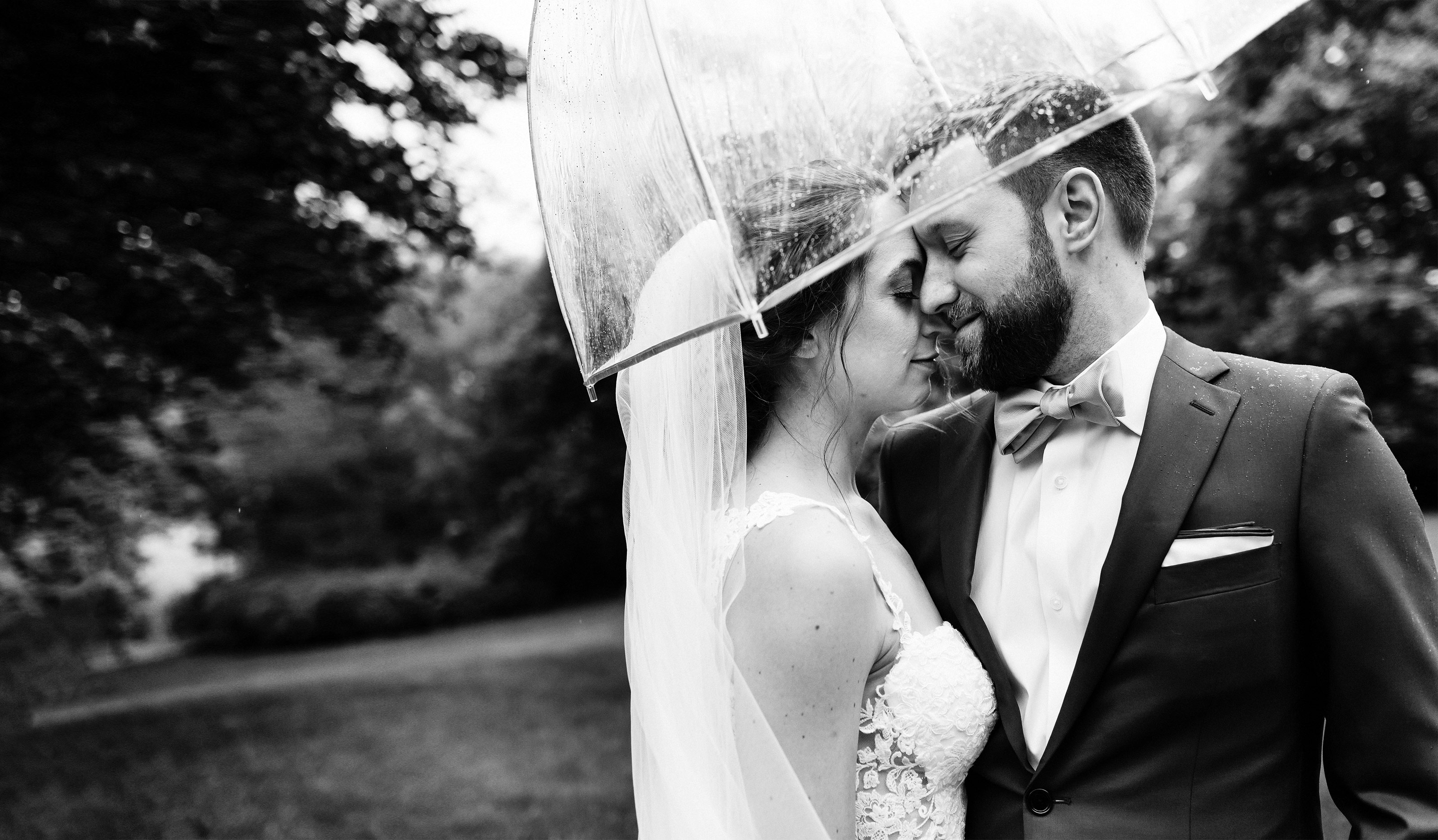 Four weddings in a row that have all had multiple “Bobbi brides” (this was the second of the four). In other words, I be bookin’ those wedding party members! This is something that I take HUGE pride in. When I say that I’ve never formally advertised because I never have had to because I get all of my business through word-of-mouth, this is a testament to that.

Though full disclosure, I mayyy have to start advertising in Louisville because no one here knows I exist for word-of-mouth to even start. Forrrrr the record, I still consider myself a local business to both Louisville AND Indianapolis. 🙂 On that note, if any of you would who I’ve photographed in the past would be so kind to leave a review on my newly formed Google biz listing and/or my Facebook biz page, I would SO greatly appreciate it! 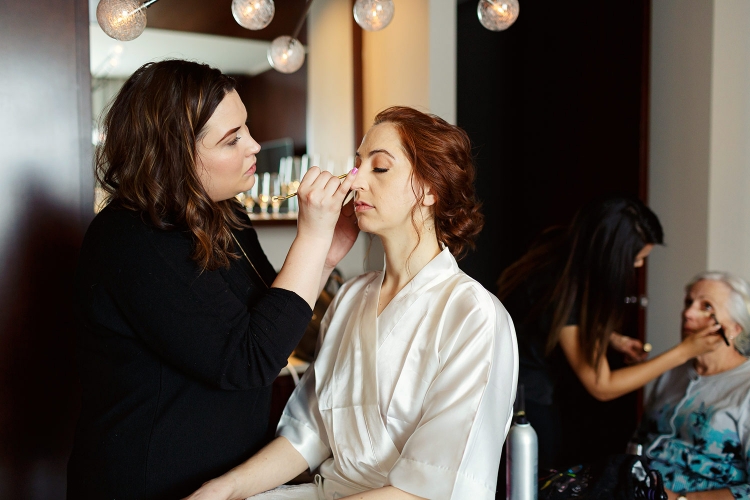 Shannon, you were such a beautiful bride! 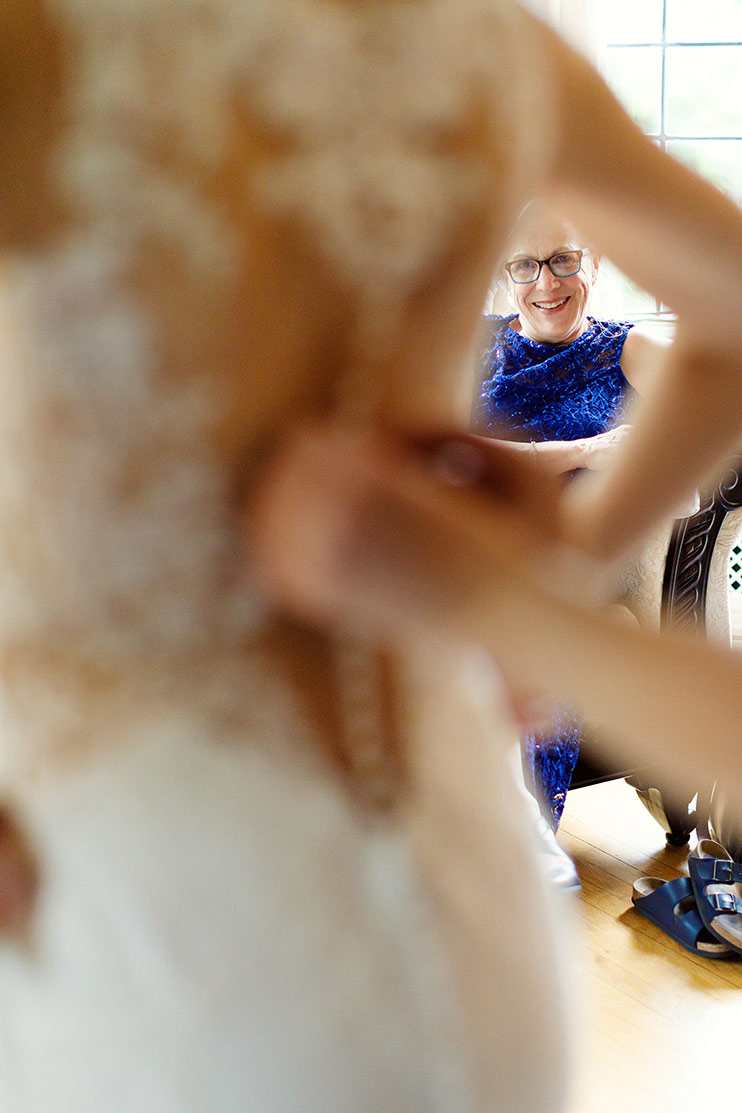 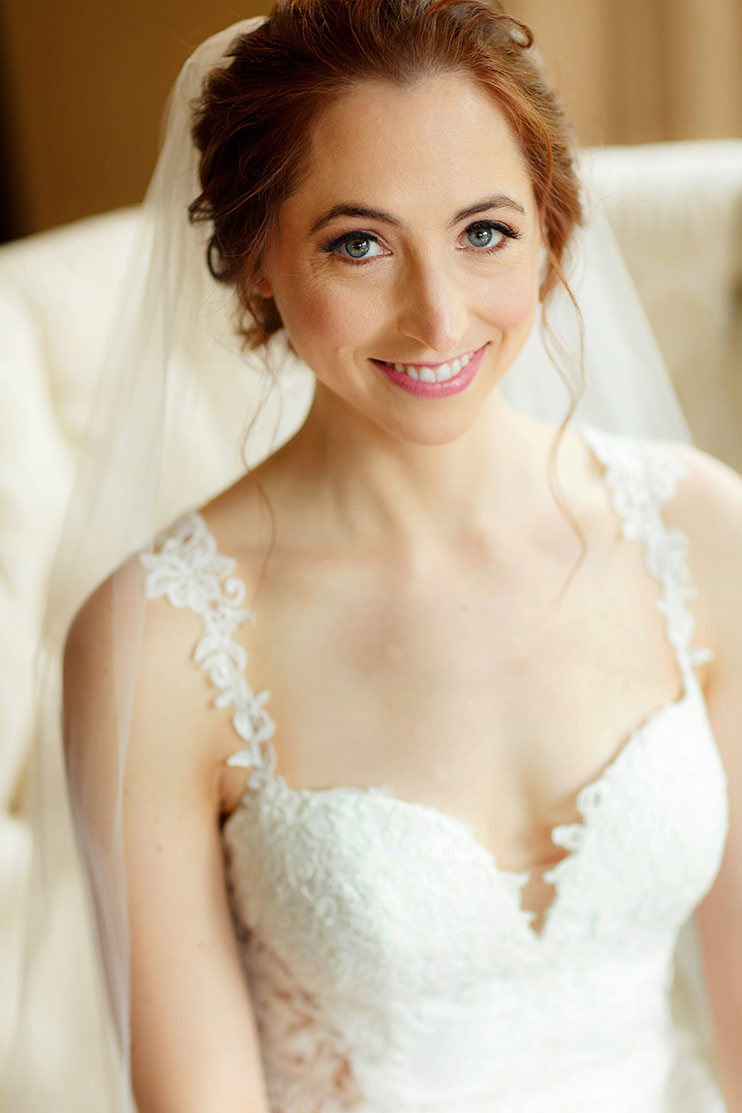 I’m pretttttty sure her wedding ring set is a Verragio. Ohhhh how I love the side view of a Verragio! If you’re into this intricate style of wedding band / engagement ring, also be sure to check out Tacori. 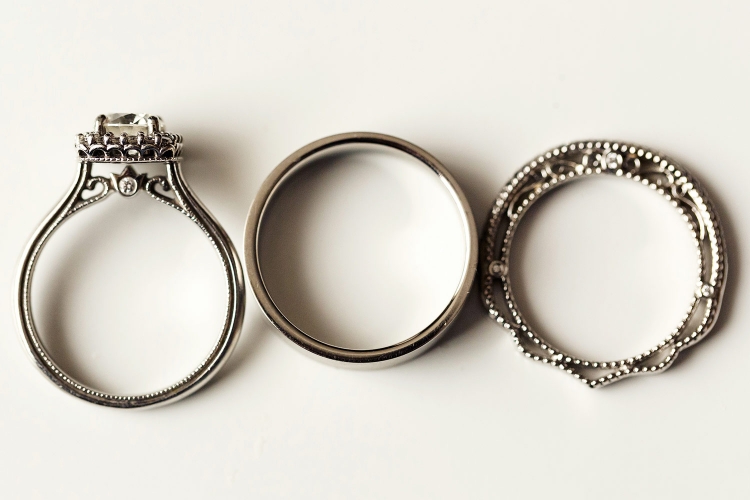 Laurel Hall, you suuuuure are pretty! 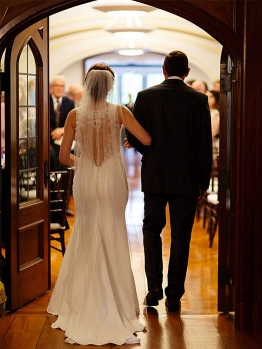 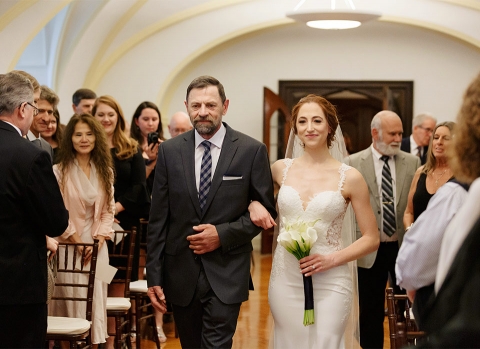 Adam would take quick glances over at Shannon periodically throughout the ceremony but couldn’t look for too long because he was soooo close to the verge of tears. I’m not really sure anyone other than Shannon or me noticed but it really was adorable. I truly appreciate and never take for granted that I get to have the best view in the house of moments like these. Have I mentioned lately that I love being a wedding photographer? Because I do. 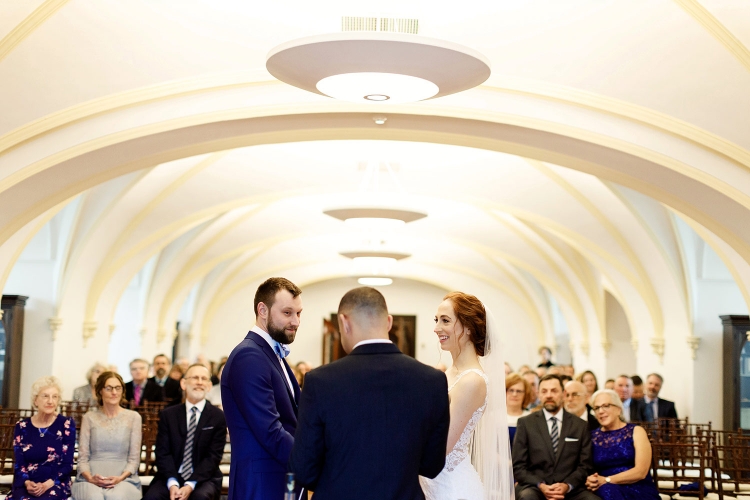 Instead of a unity candle or a unity sand vase, they chose to combine their two favorite bourbons into this barrel. I’m 99% sure this was the first time I’d ever seen this. 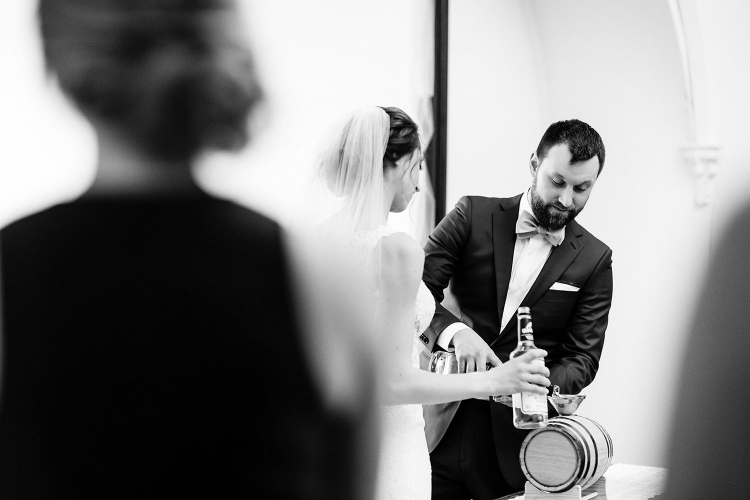 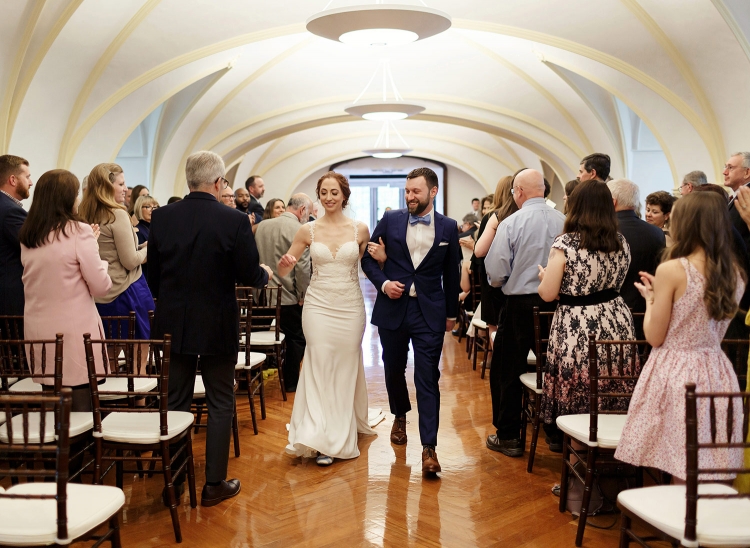 It began to rain riiiight as we started family photos. I’m not sure I’ve ever photographed family photos so quickly! Oh wait, yes I have.  Annnnywayyyy, immediately following the family photo time, I photographed the wedding party. Placing them under this veranda seemed like a good idea. It’s too bad there wasn’t a veranda for me, I got soaked! 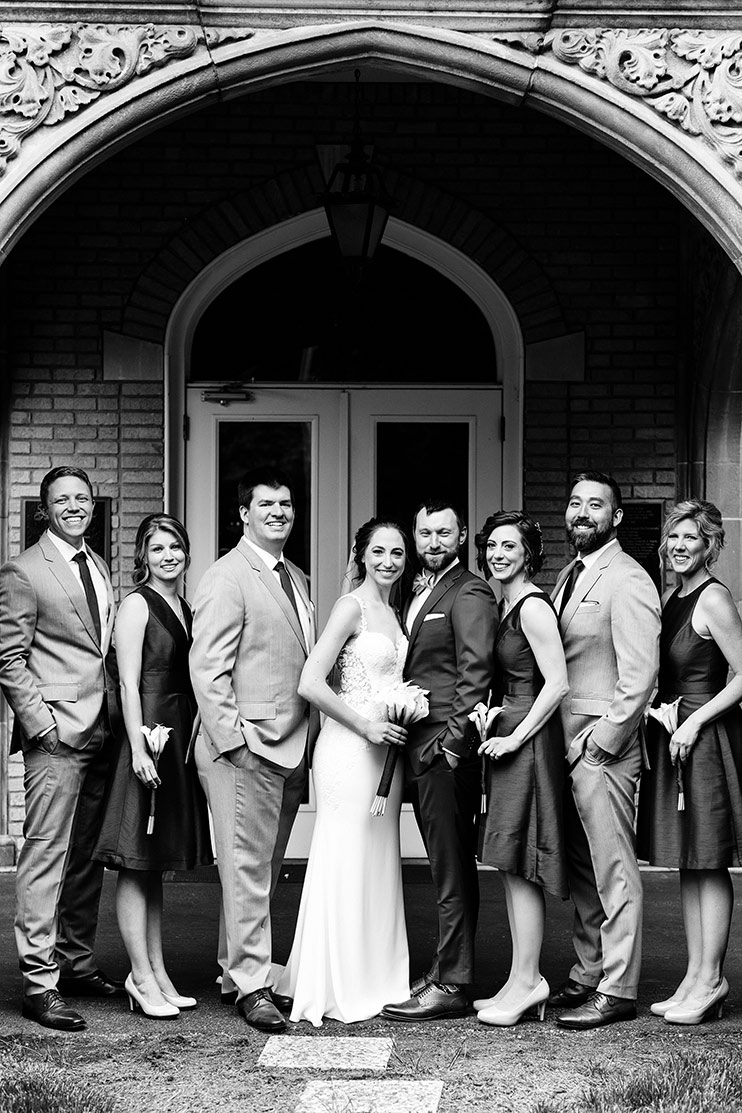 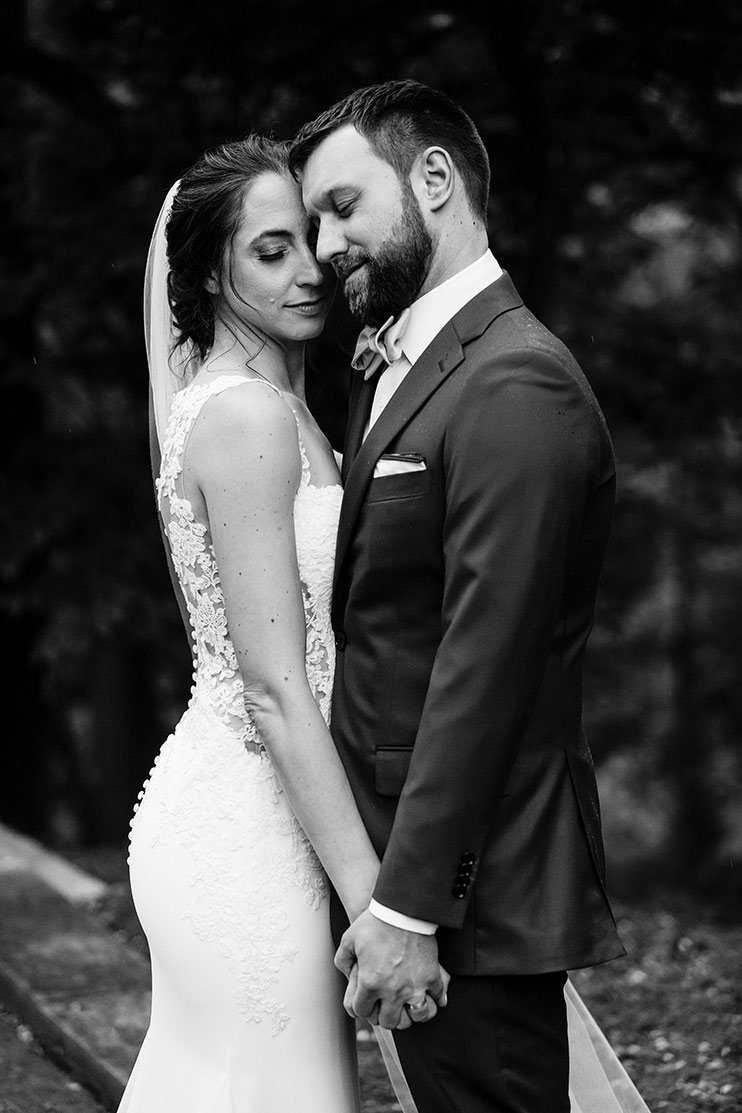 High fives to the wedding party for being so attentive and for moving quickly so we could get you all (along with the bride and groom) out of the rain as soon as possible. 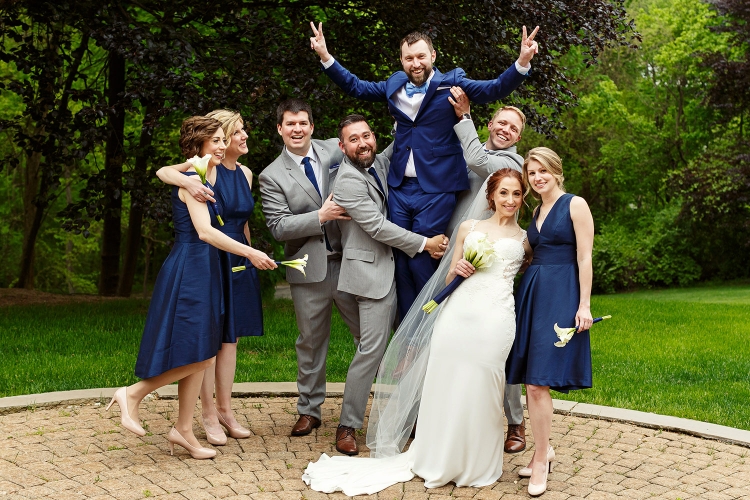 The light rain continued throughout photo time; we found that the trees were shielding most of the drizzle. Fo drizzle. 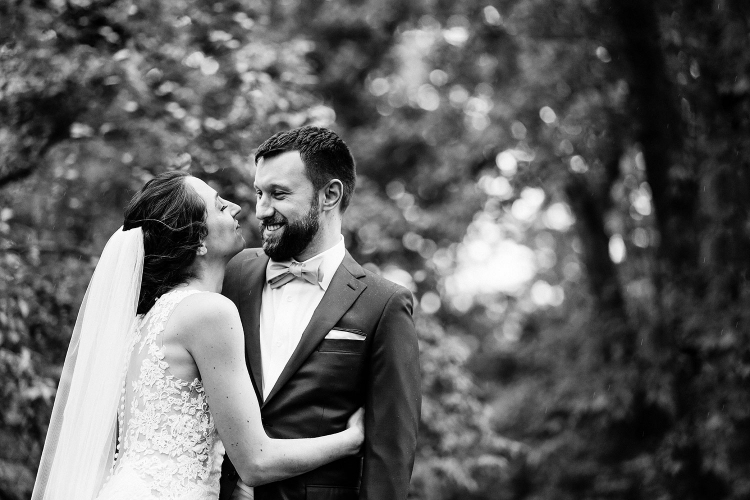 Favorite
Close
I love your love.
–

If Megan and I see even a small chance for rain in a forecast, know that we will be showing up with a LOT of clear umbrellas. 😉 This surely wasn’t my first rain rodeo!  I love couples who embrace the weather while trusting that I have their best interests in mind. I can assure you that nothing (to include her hair!) was ruined or affected by the weather conditions.  After nearly 400 weddings I fear, without a doubt, that the bride’s mother will hate me forever if I mess any of this up in any way. Allllllll of that to again say, thank you for trusting me. 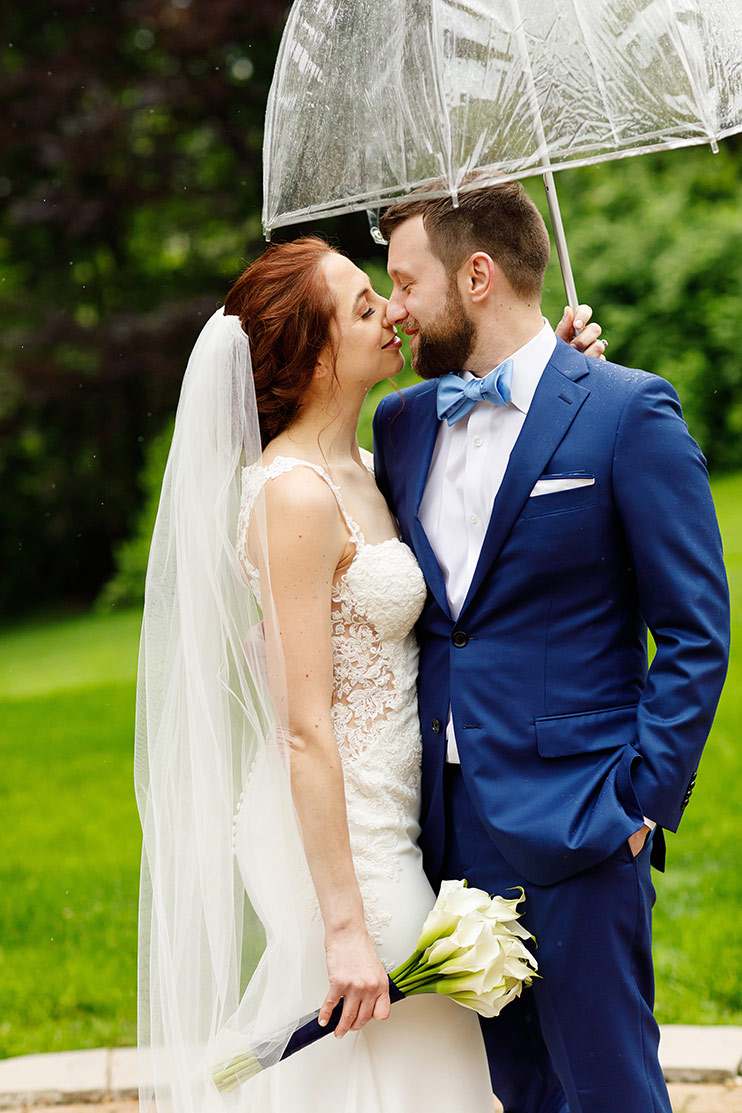 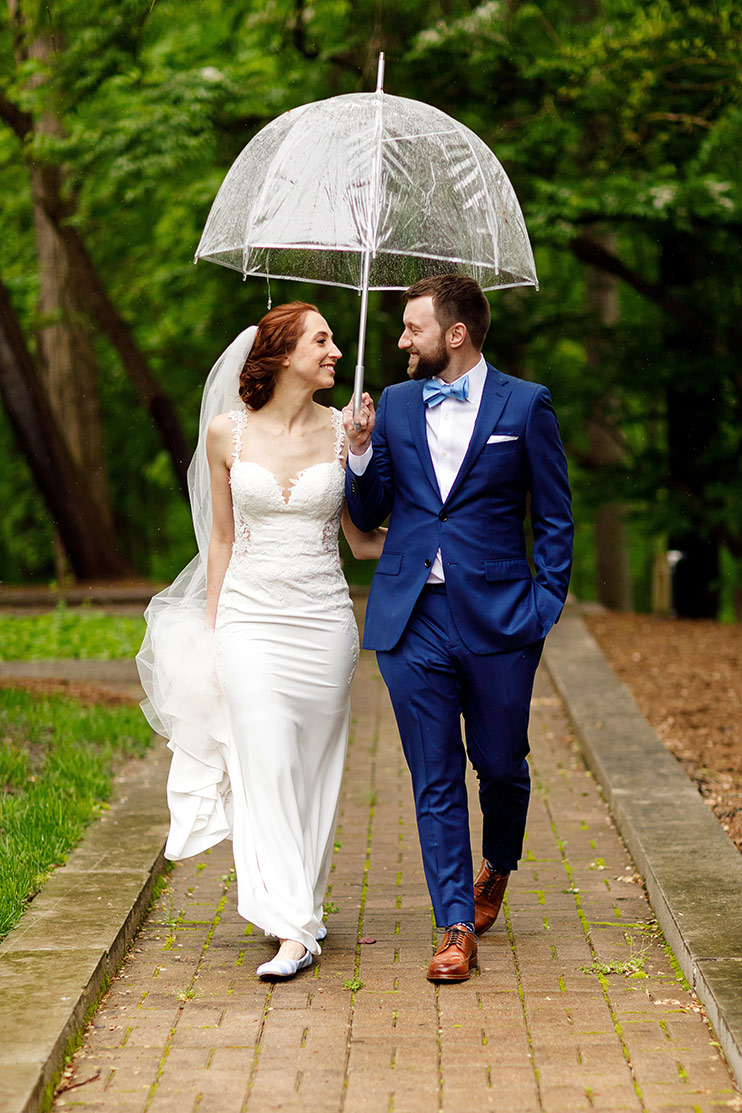 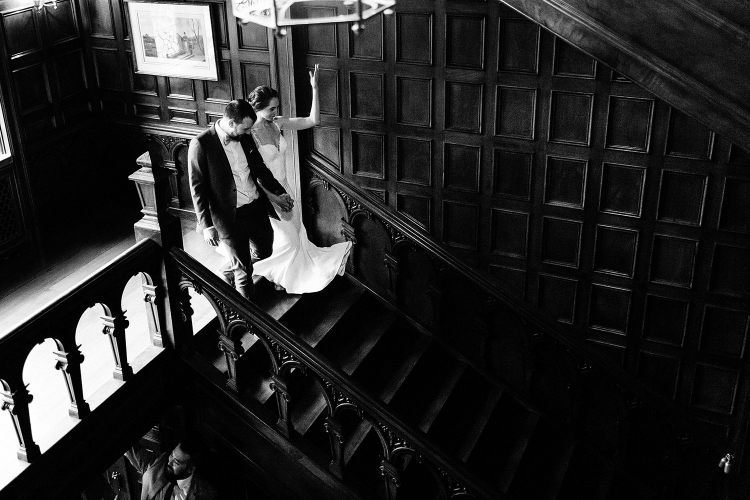 Megan, you are SO good at off camera lighting. I’m so lucky to have you on my team. MEGMONEY FOR THE WIN! 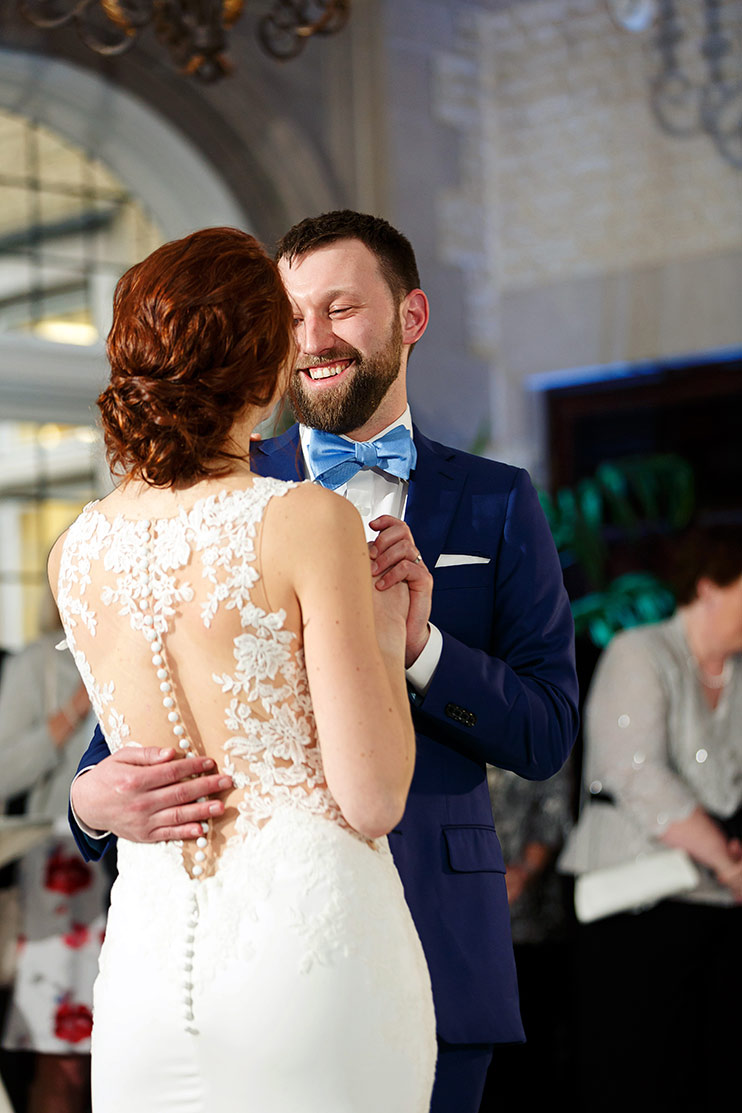 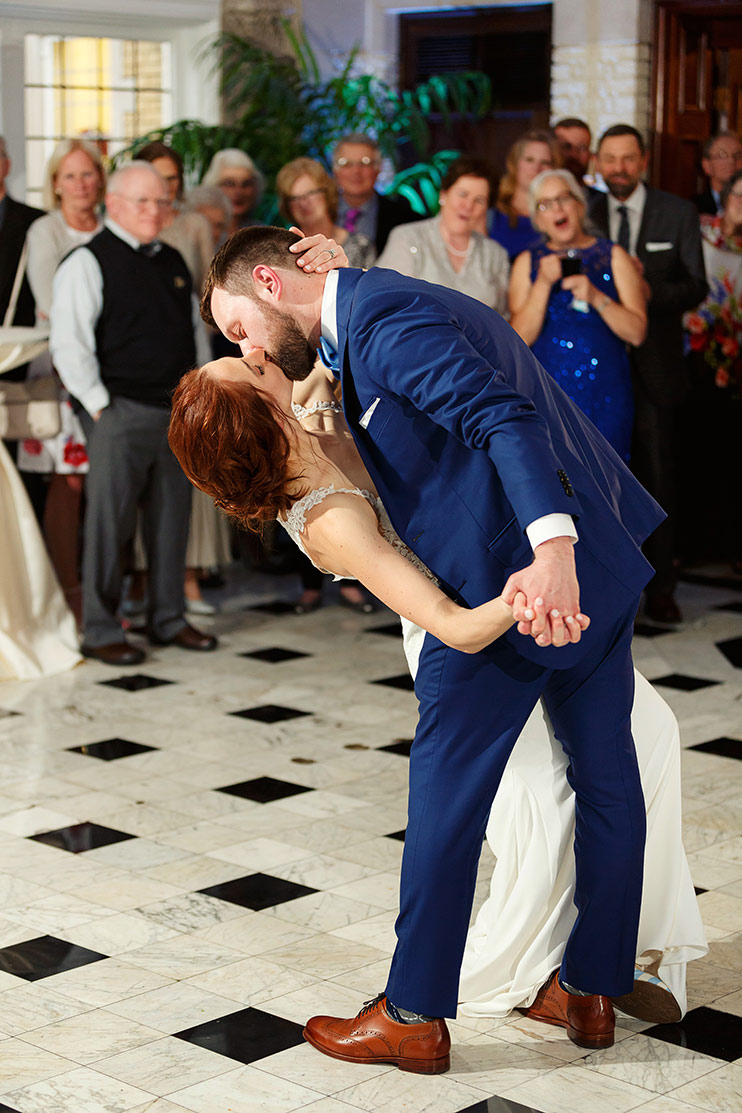 I’m pretty proud of this image. 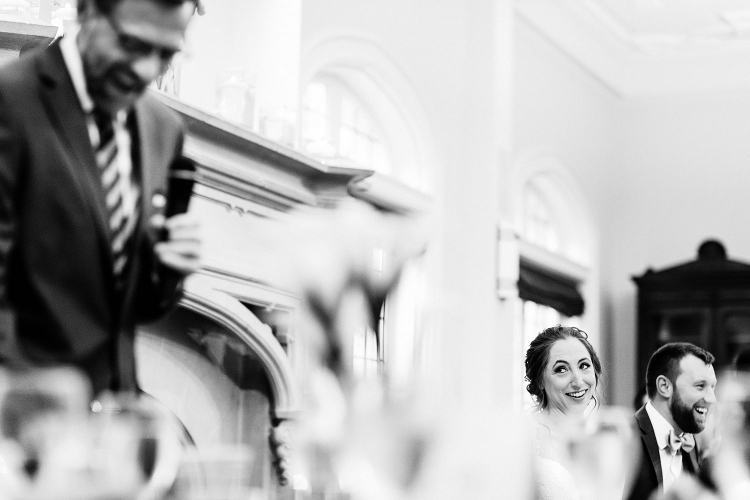 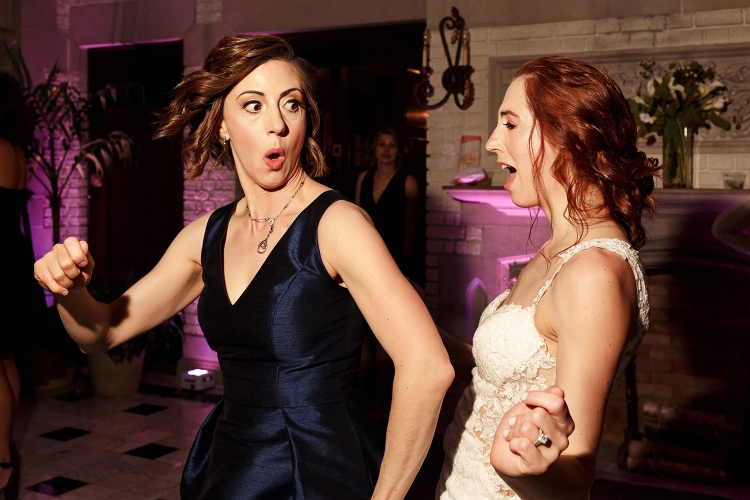 I adore everything about the anniversary dance. If you fear that it’s a cheesy tradition I can tell you with 100% certainty that there are some people there who won’t leave until the anniversary dance is over. Also, your photographer will love the opportunity to photograph as many married couples in a five minute span as possible. 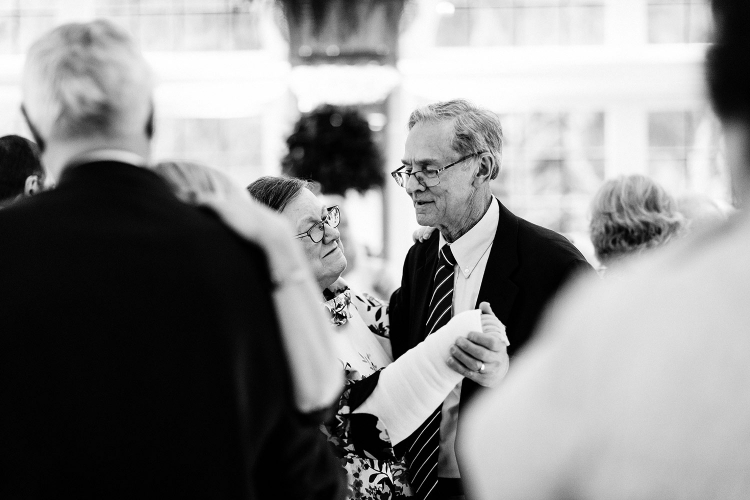 We once took a very similar photo of many of these same people in the same venue with the same DJ. The only difference was the uplighting. 😉 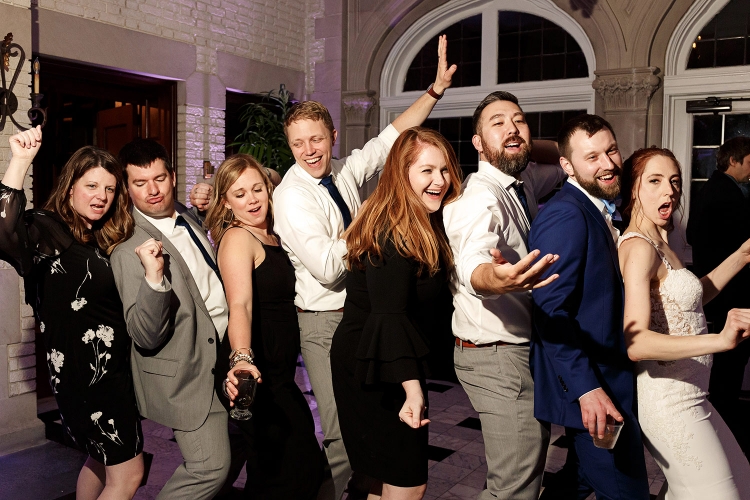 From the bottom of my heart, thank you both for everything. 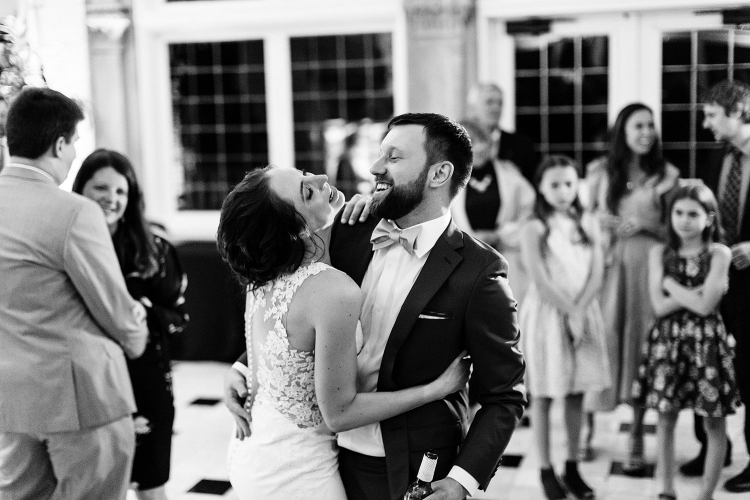 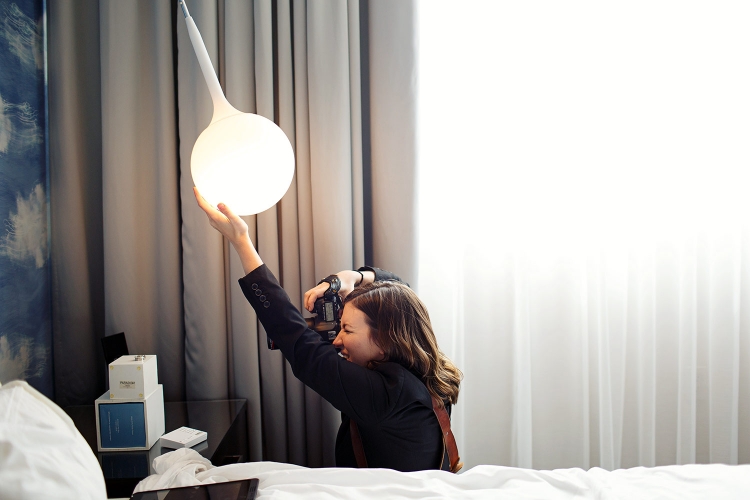 Me, telling my famous hilarious jokes* while standing in the rain.

*I don’t think I’ve ever actually told a joke at a wedding, I usually make people laugh by just being my quirky, fun self. 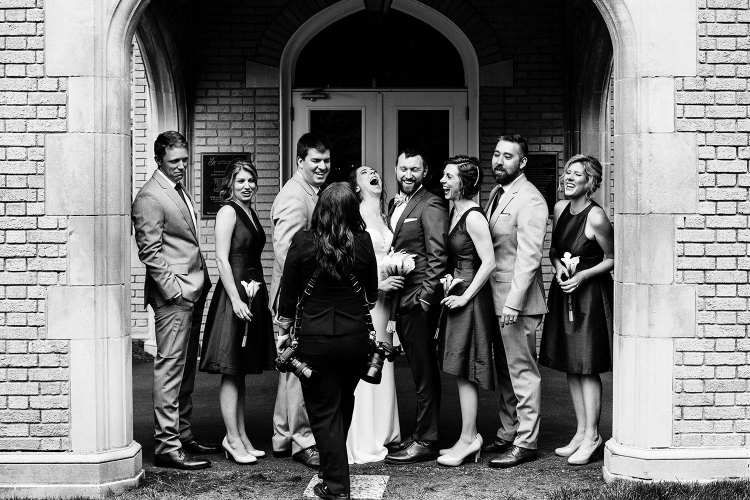 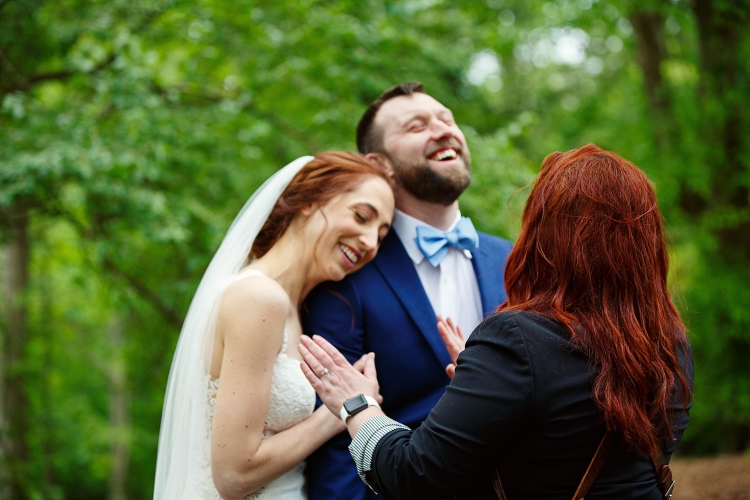 Here are the Bobbi brides I mentioned at the beginning of this blog post. 🙂 I photographed Kelsey’s and Jon’s wedding in 2014. 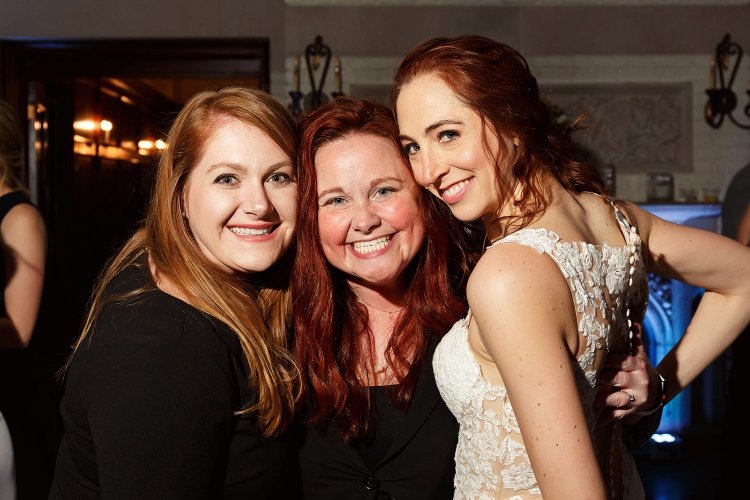